even though this film is way diffrent than the books It's still worth a watch, Robert Downey jr's character in this film is really well acted it's scary at times, James spader is well acted as well, and andrew mcarthy seems like he's boring in this film but he's not even if you don't really care for this film the score is really brilliant I had found it on youtube and that alone sticks with me while I read the book.


this was one of the best times of the early nineties for young and adults to sometimes sit together and watch sitcoms on tv, from the clueless movie spin off to boy meets world, home improvment, sabrina the teenage witch and more.
I long for shows like this again, but nothing really has been too quite like it, even sabrina for me lost its luster after a while, but my sisters remember the great deal of this espeically one remembers boy meets world.


Ah, I feel so pathetic here, but this tonight was my first time watching it.. I had avoided it for a while but now I'm glad I did, NPH was brilliant I was like he can really sing and he really sells it without being overly acting of it as does nathan fillion who made me smile at it.. Felicia day what a voice on that girl, to me the whole cast was great acting singing ect they totally sold it and I might actually add this to my collection of joss things I enjoy as well as muscials I enjoy and I'm ultra picky about those..

ha dead bowie..reminded me of myself. and hmm smg really? didnt notice also I heard rumors
Spoiler:
sad to say..that it's not really her they just said it to get people to look more..
But all and all I highly recomend this.

I totally relate to doc horrible....totally.....cept I'd be singing for my boyfriend and pray
Spoiler:
he doesn't get killed in the process...

Go joss for making me love another one of his awkward yet catchy yet it
's gonna be stuck in my body/head ect forever! musicals.

I want a sequel almost

2 years, 1 month ago
EnigmaBoi85 added Victorious to have watched list

5 years, 1 month ago
EnigmaBoi85 added 2 items to their collection

"amazing lists thank you ever so much makes it easier to search for things i wanted."

The Beautiful Women of The Vampire Diaries (71 person items)

"heres a note for you, if you want alot of them died the one that is sarah nelson is now, the real sarah salvatore, and annie wersching is well.. none other than.. mrs. salvatore, yes you heard right. "

"also theres no, Secret that 'The secret' staring david duchovny is that of a remake of one but it's a good another one to add to this list,:D well done"

"matt davis from vampire diaries and michael rosenbaum also if you see a recent picture of randy harrison from queer as folk in some they look like brothers."

Polsko
Posted: 1 year, 8 months ago at May 29 23:16
Hello my friend. This is my list of LGBT Films by Country.
Which includes 58 different countries! Please help me, by voting on your favorites, and giving other titles to add on each country!

And this are my LGBT-Themed Books lists!
LGBT-THEMED BOOKS
YA Novels That Taught Me It Was Okay To Be Gay
Lesbian YA Books You'll Love (No Matter Your Age)
LGBT Books That Will Actually Change Your Life

Polsko
Posted: 4 years, 10 months ago at Apr 6 17:00
Hello my friend. This are my new LGBT Themed Lists.
Top 10 Saddest Gay Movies That Make You Cry
Top 20 Greatest Gay Film Directors in Hollywood
The 10 Best Gay Movies of 2017
The 11 Best LGBT Films of All Time
Boys on Film 18: Heroes

Polsko
Posted: 5 years ago at Jan 21 19:59
Hello my friend. Help me to spread my LGBT Film Awards lists. Together we will combat prejudice against the LGBT people, and help create a conscience to combat homophobic and transphobic bullying by increasing awareness, friendship and support for LGBT community. According to research, 1 in 3 young LGBT people aged 14 - 18 have attempted to take their own lives because of bullying, rejection, and pressures to hide who they really are.
LGBT Film Awards
Teddy Awards Winners
Queer Palm Winners
Queer Lion Winners
Sebastiane Awards Winners
GLAAD Media Awards Winners (Wide Release)
LAAD Media Awards Winners (Limited Release)

Polsko
Posted: 5 years ago at Jan 21 19:07
Hello my friend. Help me to spread my LGBT lists. Together we will combat prejudice against the LGBT people, and help create a conscience to combat homophobic and transphobic bullying by increasing awareness, friendship and support for LGBT community. According to research, 1 in 3 young LGBT people aged 14 - 18 have attempted to take their own lives because of bullying, rejection, and pressures to hide who they really are.
LGBT
Best Lesbian Themed Movies
Best Gay Themed Movies
Best Bisexual Themed Movies
Best Transgender Themed Movies 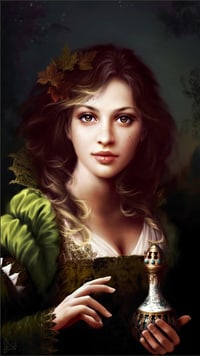